What Every Woman Needs to Know About Vitamin K2 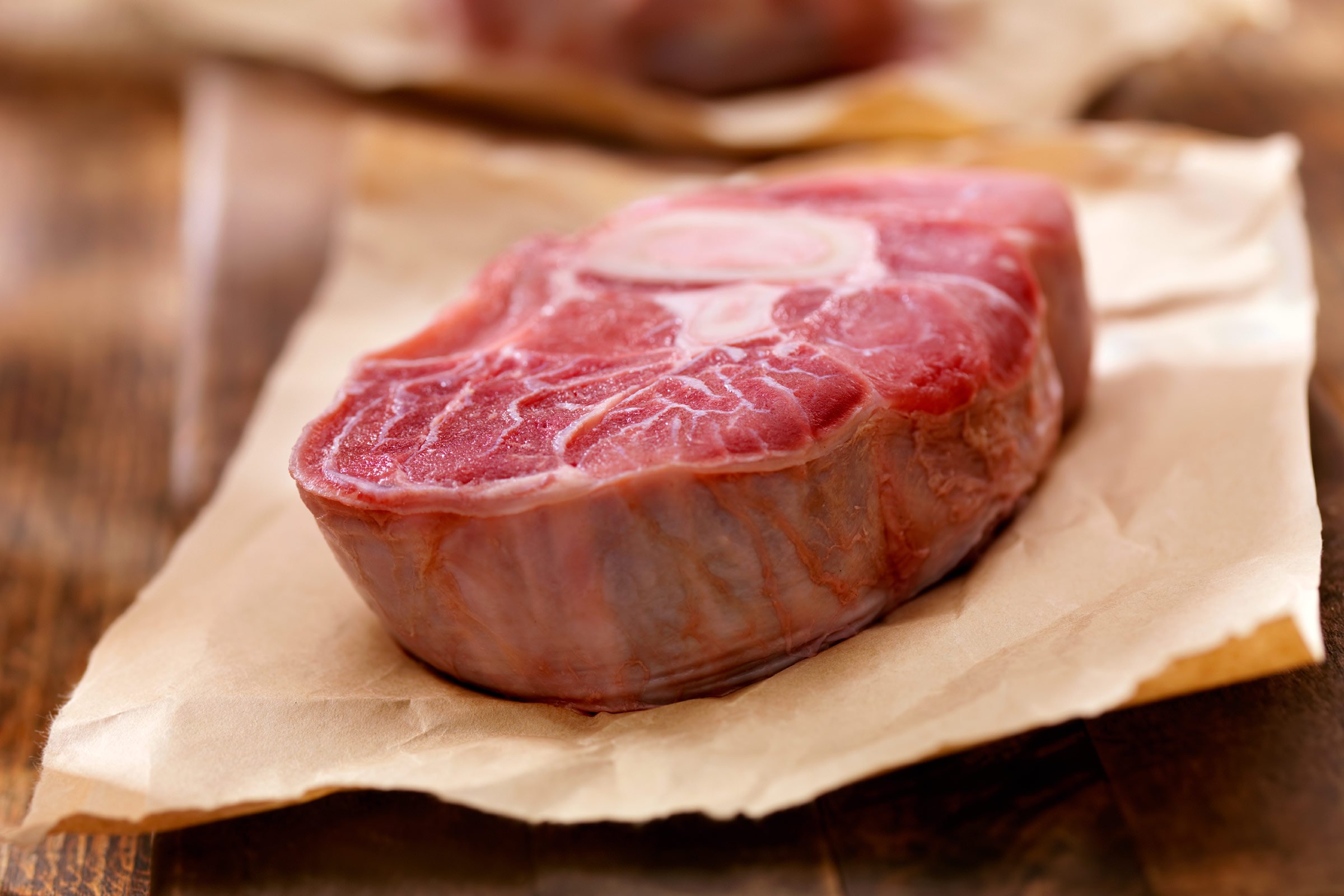 I have been pursuing the goal of helping women balance their hormones naturally for over 20 years. I constantly scour the landscape looking for the latest research that could help us accomplish this mission.

Vitamin K2 is an important component in overall health and especially, hormone health!

For years, I was a big advocate of plant-derived calcium. Calcium is still an important nutrient, but with the additional information that’s been discovered over the past few years, vitamin K2 is much more important.

Calcium is very prevalent in our diet, but absorption has always been the issue, and vitamin K2 has been shown to really help your body absorb calcium.

Vitamin K2 is now one of the 9 Essential Nutrient needed to balance hormones naturally. But, there is a lot more to vitamin K2 than just its benefit for hormone balance.

What are the benefits of vitamin K2?

According to a 2019 study published in the International Journal of Molecular Sciences, K2 benefits include helping with nutrient assimilation, growth in infants and children, fertility, brain function, and bone and dental health. Unfortunately, many people don’t get enough of this type from their diets.

Unlike vitamin K1, which is mostly found in plant foods like leafy greens, you get K2 from animal-derived foods, like grass-fed meats, raw/fermented cheeses and eggs. It’s also produced by the beneficial bacteria in your gut microbiome.

What Is Vitamin K2?

While we hear the most about vitamin K1 and K2, there are actually a bunch of different compounds that fall into the “vitamin K” category. Vitamin K1 is also known as phylloquinone, while K2 is known as menaquinone.

Compared to many other vitamins, the roles and health benefits of vitamin K2 were only recently discovered.

What does vitamin K2 help with?

It has many functions in the body, but the most important is helping the body to use calcium and preventing calcification of the arteries, which can lead to heart disease. Emerging studies show a lack of this vitamin is also associated with diseases including osteoporosis.

If there’s one thing that we need K2 for, it’s preventing calcium from building up in the wrong locations, specifically in soft tissues. Low intake of vitamin K2 can contribute to plaque building in the arteries, tartar forming on the teeth, and hardening of tissues that causes arthritis symptoms, bursitis, reduced flexibility, stiffness and pain.

Some evidence also suggests that K2 has anti-inflammatory properties and may offer some protection against cancer, including research published in the Journal of Nutrition and Metabolism.

What the difference between vitamin K2 and MK7?

K2 is a group of menaquinones compounds, which are abbreviated as “MK.” MK7 is one type of menaquinones that is responsible for many of the benefits attributed to vitamin K2. MK4 has been the focus of many vitamin K2 studies, but other types like MK7 and MK8 also have unique abilities.

What is Vitamin K2 Used For?

Here are some of the major benefits and uses associated with this vitamin:

1. Helps Regulate Use of Calcium

One of the most important jobs that vitamin K2 has is controlling where calcium accumulates in the body. Vitamin K2 benefits the skeleton, heart, teeth and nervous system by helping regulate use of calcium, especially in the bones, arteries and teeth.

The “calcium paradox” is a common term for the realization by medical professionals that supplementing with calcium can somewhat reduce the risk of osteoporosis but then increases the risk of heart disease. Why does this happen? Vitamin K2 deficiency!

The Vitamin D and calcium relationship is important, as vitamin D helps transport calcium from the intestines as it digests into the bloodstream. Unfortunately, vitamin D’s job is done at that point. Next, vitamin K2 must activate one of its dependent proteins, osteocalcin. Research shows it then takes calcium out of the bloodstream and deposits it into bones and teeth.

For the best overall health benefits, it’s important to get enough calcium, vitamin D3 and vitamin K. Depending on your age, health and diet, you may need to take a vitamin D3 supplement, and possibly other supplements, too.

Vitamin K2 is essential for the function of several proteins in addition to osteocalcin, which is why it helps with growth and development. For example, it’s involved in the maintenance of structures of the arterial walls, osteoarticular system, teeth and the regulation of cell growth.

Vitamin K2 is one of the best vitamins for men because it offers protection against heart-related problems, including atherosclerosis (stiffening of the arteries), which are the leading causes of death in many developed countries.

According to the Centers for Disease Control and Prevention, every year more than half of deaths due to heart disease are in men.

Vitamin K2 is associated with the inhibition of arterial calcification and arterial stiffening. An adequate intake of vitamin K2 has been shown to lower the risk of vascular damage because it activates matrix GLA protein (MGP), which inhibits the deposits of calcium on the walls.

The Rotterdam Study, a very large study done in the Netherlands that followed more than 4,800 adult men, found that the highest intake of vitamin K2 was associated with the lowest chances of suffering from aortic calcification. Men who consumed the most K2 were found to have a 52 percent lower risk of severe aortic calcification and a 41 percent lower risk of coronary heart disease.

A 2017 study found that this vitamin was associated with a 12 percent increase in maximal cardiac output and that supplementation seemed to improve cardiovascular function in diseased patients. It seems to do this by restoring mitochondrial function and playing a “key role in production of mitochondrial adenosine triphosphate” (ATP).

For decades, vitamin K was known to be important for blood coagulation — but only recently human studies have uncovered how it support bone health and protect against vascular diseases, too.

According to a 2017 article published in the Journal of Nutrition and Metabolism, “K2 may be a useful adjunct for the treatment of osteoporosis, along with vitamin D and calcium.”

Another 2015 meta-analysis supports the hypothesis that “vitamin K2 plays kind of a role in the maintenance and improvement of vertebral bone mineral density and the prevention of fractures in postmenopausal women with osteoporosis.”

K2 benefits the skeletal system by taking calcium and helping usher it into bones and teeth to make them solid and strong. A number of animal and human studies have investigated whether or not vitamin K2 can be useful for helping prevent or treat fractures, osteoporosis and bone loss.

Certain clinical studies have found that K2 slows the rate of bone loss in adults and even helps increase bone mass, plus it may reduce risk of hip fractures and vertebral fractures in older women.

K2 can enhance osteocalcin accumulation in the extracellular matrix of osteoblasts inside bones, meaning it promotes bone mineralization. A 2018 review reports that there is also evidence to support the effects of vitamin k2 on differentiation of other mesenchymal stem cells into osteoblasts.

Additionally, it helps maintain the structure of the teeth and jaws. Many traditional cultures included K2 foods in their diets because they believed it could help prevent cavities, tooth decay and plaque formation.

This impact was observed in the 1930s by dentist Weston A. Price, who found that the primitive cultures with K2-rich diets had strong, healthy teeth although they’d never been exposed to western dental hygiene.

It turns out that getting plenty of K2 during pregnancy is also important for fetal growth and bone health. During fetal development, having limited osteocalcin proteins activated (which require vitamin K2) equates to undergrowth of the lower third of the facial bone and jaw structure. Some experts believe this is the reason so many children in modern society need braces.

4. May Protect From Cancer

Some research shows that those who have high amounts of K2 in their diet are at lower risk of developing some types of cancers. For example, vitamin K2 may help to protect specifically from leukemia, prostate, lung, and liver cancers.

In patients with rheumatoid arthritis, supplementing with vitamin K2 has been shown to result in a slowdown of bone mineral density loss and to decrease the amount of RANKL, an inflammatory compound, in the blood of subjects.

This suggests that K2 might be a useful supplement to a rheumatoid arthritis diet.

Inside our bones, K2 can be used to produce osteocalcin hormone, which has positive metabolic and hormonal effects.

Fat-soluble vitamins are important for the production of reproductive/sex hormones, including estrogen and testosterone. Because of its hormonal-balancing effects, women with polycystic ovarian syndrome (PCOS) and postmenopausal women can benefit from getting more K2 in their diets, according to recent studies.

K2 can also helps promote blood sugar balance and insulin sensitivity, which can reduce the risk for metabolic problems like diabetes and obesity. Some research suggests that K2 helps regulate glucose metabolism by modulating osteocalcin and/or proinflammatory pathways.

K2 may benefit the kidneys by helping prevent the formation of calcium accumulation in the wrong places, the underlying cause of kidney stones. It may also do the same for other organs, too, including the gallbladder.

In addition, a lack of K2 and vitamin D has been associated in studies with a higher occurrence of kidney disease.

What foods are high in vitamin K2?

K2 is found in mostly animal products or fermented foods.

K2 is a fat-soluble vitamin, so it’s present in animal foods that also contain fat, specifically saturated fat and cholesterol.

Animals help transform vitamin K1 into K2, while humans do not have the necessary enzyme to do this efficiently. This is why we benefit from getting K2 directly from animal-derived foods — and why sticking to grass-fed animal products provides the most K2.

How much vitamin k2 do you need each day?

The minimum daily requirement of K2 in adults is between 90–120 micrograms per day.

Symptoms of Vitamin K2 deficiency can include:

Among adults living in industrialized nations, deficiency in this vitamin is considered to be rare. However, newborn babies and infants are much more susceptible to deficiency due to how their digestive systems lack the ability to produce K2.

Vitamin K2 is one of the 9 Essential Nutrients to Balance Hormones naturally. It also makes a big difference in your overall health.

Be sure to get your supplements from a reputable provider, with a history of supplying quality products.

Author: Jackie Harvey
Filed Under: Diet, Solutions
Why Blood Testing Hormones Can Be MISLEADING!
What is PCOS & How To Fix It 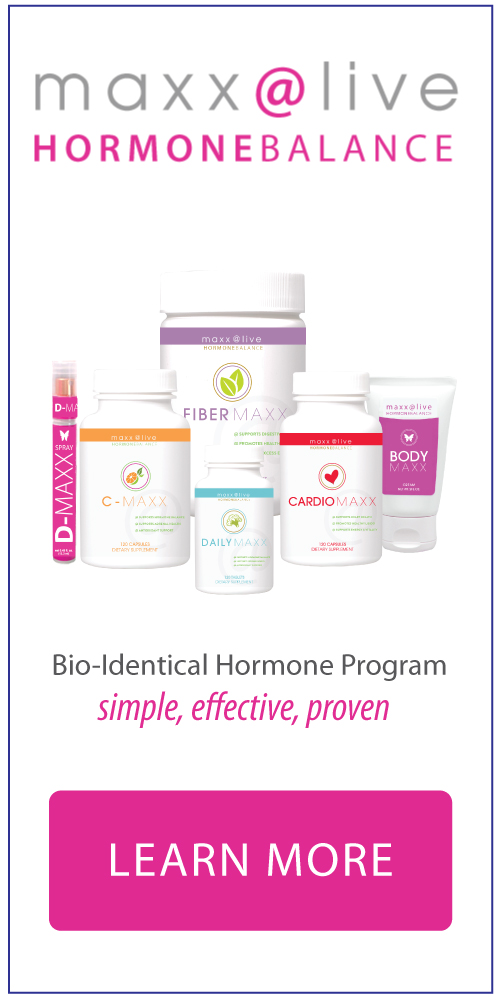